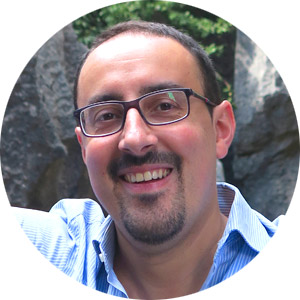 In the 90's and the first decade this century, we have seen the awakening and rapid growth of several Asian economies, in particular the Chinese economy. Asia and the Pacific - as reasoned by many experts - is where the world's economic centre with eventually gravitate, and China will be the ringmaster, which in fact it already is...

The evolution of China has been remarkable, resulting in it becoming the "world's factory" at the turn of the century - when the main task in a Chinese export department was to welcome buyers and send mails, without the need to travel abroad to sell - . It has now become an economic power with the ability to produce world leaders and define the future of entire sectors within the world's economy.

China has taken off as a world power, and as such, it has made it evident that it has its own development strategy and outlook on the future.

Beyond simply manufacturing and trade, in 2005 the country started to timidly invest abroad, mainly in natural resources. Coinciding with the crisis that shook the world, but especially the West, Chinese business people unleashed a chain of purchases in western companies in order to increase their know-how about the world and increase their useful knowledge in order to compete in their own domestic market.

Approach to the world

This brief, incomplete summary of the recent past brings us to the present decade, where finally the strategic directives of the Chinese government's approach to the world start to become intelligible for the West. Insofar as this articles is concerned, and in Aragon, one of the most striking  international strategies is the layout in the "One Belt, One Road" project, or the "New Silk Route".

Although it is a complex project and time will tell to what extent "the New Silk Route" will be a success, it can be summarised as the attempt to gain an influence on trade through developing logistics routes and energy and transport infrastructures in Eurasia and the world in general.  It is all about adapting its international influence to the specific weight of its economy, and at the same time building bridges for trade that are expected to be two-way, linking the ends of Eurasia by air and sea, and shortening the distances of both with markets of difficult access in Central Asia. The project should see results around the middle of the century - which, as can be seen, is a long-term project -, and could be advantageous for China and other Asian and European countries, which are able to capitalise on this opportunity of networks and rise to the challenge, unavoidable in my opinion, to turn it into an opportunity.

All very good, but... What has Aragon got to do with all this?

Well, in recent  years I have had the chance to take part in forums related to the "New Silk Route", particularly concerning the sub-project that is more in line with Spain: the "Yixinou" railway, that joins Yiwu (China) and Madrid. Beyond the current situation of the project, where there are still some loose ends that need sorting out, it is obvious that it is an initiative that could open the doors to China and Asia, favouring access to remote markets for certain products.

Regardless of the success of the train in the future, one thing is clear, which is that Chinese companies are widening their distribution networks to move closer to their customers and to improve their access to markets. There are already countries such as Germany and Poland that are attracting high Chinese investments in inland logistics, because of their strategic situation in proximity to central and northern European markets.

Although it is only logical for pure and simple logistics to bear the brunt of the activity related to the new transcontinental railway routes in the early stages, it is reasonable to think that the logistics poles over the transcontinental route (such as Terespol in Poland or Duisburg in Germany) will gradually become more involved in hosting certain processes (production, assembly and commercial activity), delocated from parent Chinese and Asian companies.

This is obviously a process with uncertain results and a long-term horizon. Nevertheless, I believe that Aragon meets the conditions to become a strategic partner in southern Europe, since it has the principal attractions to join future networks.

The main attractions of Aragon for Asian investment are, in my opinion: its strategic location with regards to the main demand and production centres in Spain; its proximity to other markets in southern Europe; its solid socio-economic and cultural status (we should not forget that the quality of life influences the decisions by expat directors) and its excellent intermodal infrastructures.

With regards to Asian companies, the fact that Zaragoza airport has regular, direct cargo flights to the main Asian markets is worth bearing in mind; that TMZ is Barcelona's dry port; that the High Speed train connection with Madrid and Barcelona means that both are just over an hour away; that the highway network in Aragon is in good conditions and that Zaragoza is the cradle and base for a large number of transport companies. Moreover, Aragon has top quality customs services and is highly involved in developing the region with state-of-the-art industrial and logistics parks.

Furthermore, the start up costs are more than reasonable in general and the level of involvement by public and private institutions to facilitate the arrival of new companies is excellent when compared to other regions.

Not everything has a silver lining however, and we should probably add several ingredients more to this recipe to make Aragon a priority destination for Asian companies. The main problem is that we do not yet have any examples of Asian success at the level of Zara, Opel, Decathlon, etc. It would be wonderful to bring in a major on-line retailer of consumer items, electronics, or other sectors with recognised brands and to get them to set up in Aragon, as bait for other companies.

Moreover, we do not have an "Aragon Brand" as widely recognised as Madrid or Barcelona, but its central location compared to Bilbao or Valencia could be a good starting point for a strong argument in this sense.

Securing active investment  is a complex task which  is supported by a public boost, but also word of mouth and the canvassing by businesses and Aragon travellers in general. The economic resources and international public relations work will undoubtedly help, and the more resources there are, within the bounds of common sense, more will be achieved. But if the message is a common one and amplified by all, more can be attained. Everything is based on believing that Aragon is the region it actually is, and nothing less, and then sharing it. Basically, we need to sell ourselves to the outside world.

Another aspects we could work more thoroughly on is "Aragonisation" of Asians through training and tourism, to ensure that when they return home they "preach" about the benefits of the region.

I have surely missed out some other ingredients, but I truly believe that Aragon can have an excellent future, sooner or later, as a destination for Asian investment, just as has been the case with Western investment in recent decades.

Representative of "Aragon Exterior" in China since 2008